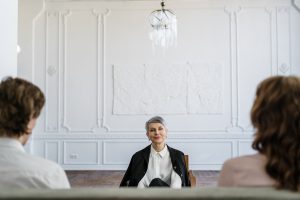 International Women’s Day this year was a particularly momentous occasion for the legal industry as 2022 marked exactly 100 years since the first woman solicitor, Carrie Morrison was admitted in England and Wales.

According to the Law Society, women have represented more than 60% of new entrant solicitors since 1990, but many are leaving the profession at associate level, meaning the majority work in lower-level positions within firms. The Solicitors Regulation Authority (SRA) broke down the different legal sectors that women worked in 2020:

In a recent Law Society article, it is acknowledged that the legal journey is that much harder for women for a number of reasons that will be outlined in this article. Whilst current times are very different than they were 100 years ago, it is true that women still face challenges in the workplace within the law profession.

Unconscious bias is where we have a personal bias or where we stereotype a certain group of people through our decisions or actions without necessarily realising it. Everyone has some kind of unconscious bias based on their experiences, beliefs, values, and culture. 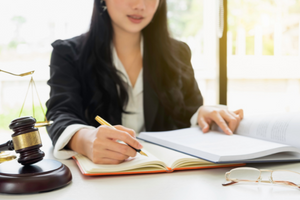 Within the legal profession, unconscious bias may lead people to believe that some female lawyers are weak or not as forceful in the courtroom for instance. This would be seen as a negative unconscious bias. A positive unconscious bias happens when you presume a female solicitor to be more organised or sympathetic because she is a woman for example.

In a survey conducted by the Law Society in 2017-18, it was found that unconscious bias was the most common reason why few women were promoted to senior positions within law firms. The main reason for this was that women did not traditionally fit into the stereotype of being a business leader, whereas men are more associated with being strong and decisive characters.

Within the survey, women said that they were given more menial tasks, and whilst assumptions are made about men wanting to ultimately become partners, this assumption was not automatically made about women.

The SRA found that 30% of senior positions within law firms are made up of women. This low proportion could be caused by a number of things such as little understanding of issues surrounding motherhood, menopause, and bias. It is said that many women leave the profession at associate level for these reasons, which means that very few actually progress to senior roles. Many women have said that they are simply unable to handle motherhood and the responsibilities and demands of being a solicitor too. This begs the question of whether women are being adequately supported in the workplace and being provided enough flexibility to be able to balance both roles and be able to advance their careers at the same time.

The after-effects of Covid-19

A modern challenge that women have faced recently is the impact of the global pandemic on their work. Whilst the pandemic has given women more flexibility with working remotely, those with children had to home-school during lockdowns, which took time away from their daily work tasks. In the coming years, we may find that this impacts many solicitors’ ability to progress and be promoted within firms. Meeting targets and hitting financial goals within employment are likely to have been affected, which may hinder future career progression.

On another note, as a result of Covid-19, the Government Equalities 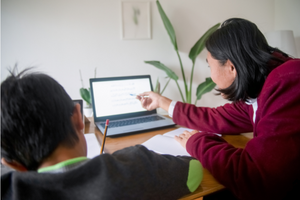 Office (GEO) and the Equality and Human Rights Commission (EHRC) suspended the pay gap reporting requirement in 2019-2020, meaning employers did not have to give data on the gender pay gap within their firm.

The government has therefore not been able to properly record the earnings of men and women during this time, meaning there has been a delay in collecting data and progression towards closing the gender pay gap.

What is the gender pay gap in the law industry?

The “gender pay gap” is the difference between the pay that men and women receive at work. Reporting has shown that the average pay gap between men and women across all organisations in the UK is 14% (calculated in April 2020).

The Law Society reviewed 42 of the largest law firms during this period that had submitted gender pay gap reports and found that the average gap was 20.3% in hourly pay between men and women. This suggests that within the legal industry, the pay gap is actually larger than the average pay gap across all industries in the UK. This corresponds with the idea

that fewer women progress to senior positions than men, however, it is an astonishing percentage since women make up the majority of workers in law firms.

It wasn’t until 1919 that women could officially be members of the Law Society and Inns of Court when the Sex Disqualification (Removal) Act was introduced. Women in the legal sector have come a long way since then and whilst they do face challenges in their legal careers, it is certain that we are more aware as a society of the problems that need to be addressed. 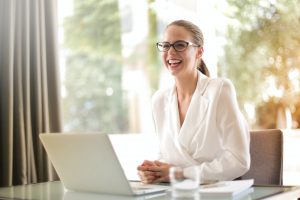 In terms of challenges that women face in the workplace, employment laws have progressed over time to address some of the main issues. Under the Equality Act 2010 women are protected from discrimination in instances where they may be dismissed or made redundant due to their gender or, as a result of them being a mother, on maternity leave, or pregnant. In addition, paternity leave is now an option for fathers along with paid time off and time for ante-natal medical appointments, along with the option of taking Shared Parental Leave (SPL).

Should you wish to know more about the services we offer, please feel free to contact our client services department via our enquiries page, or give us a call 0203 058 3365.